To paraphrase my brother Ted:


Good project management comes from an innate discipline to intermediate between the real-time world and the planned world by writing things down.   The exact format, process, and tools used should be appropriate to the project complexity and size.

There are, however, some essentials which I use use every time.  Here is my checklist for each project I am involved with: 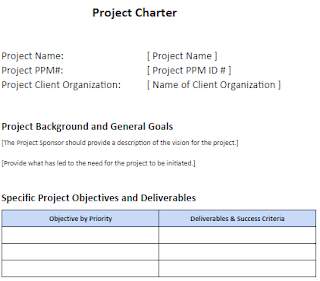 The Education Department said today it will double down on the Pay for Success model to fund early learning with a $2.8 million grant competition open to states and local governments wishing to study the feasibility of the model in their area.

The Pay for Success model is centered around social impact bonds, where a government agency or contractor pays a service provider for the achievement of pre-established outcomes. Typically, private entities absorb the upfront costs and are reimbursed later.

Among the measurable outcomes that Education Department officials are suggesting: kindergarten readiness, improved social and emotional skills, improved executive functioning, reduction in grade retention and in the need for later special education, reduction in discipline referrals and interactions with law enforcement, and increases in high school graduation.

The grant will fund seven to 14 entities, with awards ranging from $200,000 to $400,000. The dollars are not meant to pay for the implementation of Pay for Success programs, just the development of local feasibility studies.

Education Department officials have praised the results of a PFS program in Utah, where the model has gained the backing of state lawmakers. Backed by Goldman Sachs, it has also garnered criticism for overstated success.


House lawmakers passed a bill to fund social impact bonds in June.
Posted by Greg Nadeau at 7:07 AM No comments: