Bringing down the high cost of textbooks

EVERY YEAR, college students shell out thousands of dollars for tuition. Then they face an additional cost: textbooks. Students spend as much as $1,300 over their college careers on books alone — a burden that falls most heavily on those who have to take out loans to pay. A pilot program from a community college reform group just outside Washington, D.C., could help.

Education advocacy group Achieving the Dream this month announced $9.8 million in grants for developing degree programs that use online, open-source materials instead of pricey printed books. The initiative takes advantage of teaching resources in the public domain to cut costs for at least 76,000 students at 38 community colleges in 13 states. One of those is in Maryland, and six are in Virginia.
Textbook prices have soared in the past decade, rising 82 percent between 2003 and 2013 — almost three times the rate of inflation. It doesn’t help that some publishers release new editions of their textbooks each year, so students looking for a required text can’t buy used. Those financial barriers force students to fall behind in their classes, lowering their grades and raising withdrawal rates.

Textbook costs pose problems everywhere, but they do the most damage at community colleges, which draw a larger share of disadvantaged students. OpenStax, a nonprofit that produces peer-reviewed, open-source textbooks, estimates it has saved more than $66 million for nearly 700,000 students — over half of those in the past year. Though some of those students attend community colleges, the majority study at four-year institutions. By focusing on two-year programs, Achieving the Dream hopes to fix the hole that most needs a patch — not just for the schools it funds, but also for other colleges that adopt the programs its grantees will develop.

It’s important work, and it’s hard: When your product is free, there’s not much opportunity for profit. Achieving the Dream received funding for its grants from a few charitable organizations, but it may need more to scale up the initiative after the pilot program ends. OpenStax also relies primarily on philanthropy, as well as partnerships with publishers who sell value-added services — such as quizzes and problem sets — on top of the free core content. Policymakers could help by providing additional funding. Yet it’s also up to schools to take advantage of the resources already available. By integrating open-source materials into their curriculums, colleges would make learning better and cheaper at the same time.
Posted by Greg Nadeau at 1:27 PM No comments:

Google on Monday announced a series of new tools that will further its presence in classrooms around the globe. The company is launching Quizzes, a set of features in Google Forms, as well as Google Cast for Education, an app that effectively functions as a classroom projector. Additionally, the internet giant announced that it's making its virtual reality application Google Expeditions widely available after a few years in beta.
The new tools are all free, though Google has certainly seen benefits from its focus on providing educational resources: More than 10 million students and teachers now use Chromebooks, helping to keep its sales robust even in a rough PC market.
Google says it has worked closely with educators to develop its new tools. It's rolling out Google Cast for Education in beta after hearing from teachers that projectors are a key part of their classrooms but remain disconnected from their lesson plans.
"In talking to teachers about what they want for their projectors, what they told us is they don't need another device," said Chrome product manager Max Kirsch. In response, it build the Cast for Education app, enabling teachers to share their screens wirelessly. It works with Google Classroom, making it easy for students to use it to share their own screens as well. And because all sharing with the app is account based, it doesn't matter what network is being used, which is helpful for classrooms with multiple networks.
Meanwhile, Quizzes in Google Forms will allow teachers to auto-grade multiple choice and checkbox questions. It gives students real-time feedback on whether they understood the material, and it can present students with supplemental information to help them better grasp the concepts. For instance, it could direct a student to a Youtube video that explains a concept related to a certain question. Teachers can get fast insight into which students are struggling and what concepts need more focus.
Google built Quizzes after learning that many teachers were using a Google Sheets add-on called Flubaroo, said product manager Molly Mackinlay. While it's useful for teachers that want to create quizzes, the tool is available to all Google Forms users and could be used for other purposes like conducting corporate trainings or building individual study guides.
Google Expeditions, meanwhile, has already been used by 1 million students in 11 countries since the beta version was launched in September. With its wide release on Monday, Google is making more than 200 "virtual field trips" available, some of which were produced with partners including Houghton Mifflin Harcourt and Pearson. The app is available Monday for Android and will be available for iPhones and iPads soon.
Google also announced Monday that it's making a collection of creative apps for Chromebooks available as a package at a special price for schools, including Explain Everything, Soundtrap, and WeVideo.
Digital Transformation Is About The Core | ZDNet
Digital transformation is about using the latest technologies to do what you've always done, but better.
Sponsored by SAP
Separate from its Google for Education announcements, Google on Monday also unveiled Project Bloks, a research collaboration between Google, Paulo Blikstein of Stanford University and IDEO. The project is an open hardware platform that lets developers create hands-on programming experiences for kids.
"Making code physical - known as tangible programming - offers a unique way to combine the way children innately play and learn with computational thinking," Google said in a blog post.
There are three components to the system: brain boards, base boards and pucks. The brain board is the processing unit, built on a Raspberry Pi Zero, which provides the other boards with power and contains an API to send and receive data from the base boards. The base boards are modular and can create different programming flows, while the pucks can be programmed with different instructions like "move left" or "turn on or off."
When connected together, the system can send instructions to connected devices like toys or tables over wifi or Bluetooth.
Posted by Greg Nadeau at 1:22 PM No comments:

To ensure sleepy teens get enough rest, the American Medical Association is suggesting that middle and high schools start no earlier than 8:30 a.m.
The AMA adopted the policy recommendation Tuesday during its annual meeting. The policy also encourages physicians to educate parents, school administrators, teachers and other community members about the importance of sleep for adolescent mental and physical health.
"Sleep deprivation is a growing public health issue affecting our nation's adolescents, putting them at risk for mental, physical and emotional distress and disorders," said Dr. William E. Kobler, a board member with AMA. "Scientific evidence strongly suggests that allowing adolescents more time for sleep at the appropriate hours results in improvements in health, academic performance, behavior, and general well-being."
The sleep issue has been a hot topic in recent years among school districts, but it's one they must juggle with priorities such as bus schedules and giving athletes enough time for afternoon sports practice.

The AMA said recent studies show that only 32 percent of American teenagers reported getting at least eight hours of sleep on an average school night. But the American Academy of Pediatrics says that teenagers between 14 and 17 years of age should sleep 8.5 to 9.5 hours every night.
Posted by Greg Nadeau at 9:13 AM No comments:

“New York officials say the materials have been downloaded 45 million times by educators around the country. There are 13.3 million yearly users, and 34.6 million visits to the site.” 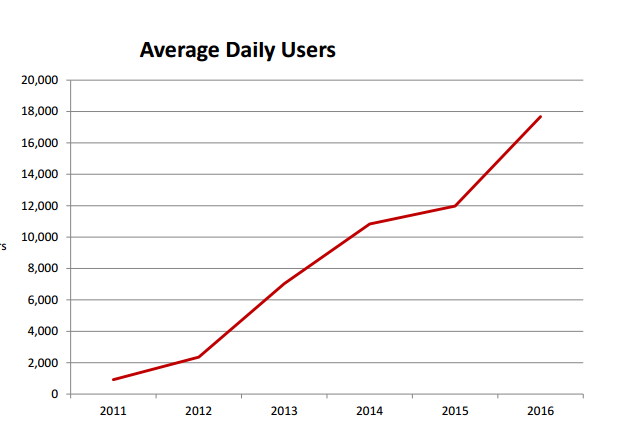 https://marketbrief.edweek.org/marketplace-k-12/the-popularity-of-the-open-ed-resource-engageny-by-the-numbers/
Posted by Greg Nadeau at 8:10 AM No comments:

Email ThisBlogThis!Share to TwitterShare to FacebookShare to Pinterest
Labels: OER

More than 6.5 million students - or 13 percent of all students nationwide - were "chronically absent" during the 2013-14 school year, missing 15 days or more of school. Three million high school students, or 18 percent of all high school students, were chronically absent. That's one of the newest findings from the latest round of the Civil Rights Data Collection, out today. For the first time, the CRDC tracked chronic absenteeism and found high rates among black students, Latino students, American Indian students, students with disabilities and English-language learners.
Posted by Greg Nadeau at 6:03 AM No comments:

Posted by Greg Nadeau at 9:44 AM No comments: