https://www.youtube.com/watch?v=rVlhMGQgDkY
Posted by Greg Nadeau at 7:29 PM No comments:

Email ThisBlogThis!Share to TwitterShare to FacebookShare to Pinterest
Labels: Robots

Evidence of Effect from SRI: Khan Works for Math

Evidence from exploratory analyses of data available from two sites suggested that students who spent more time on Khan Academy and successfully completed more Khan Academy problem sets to proficiency experienced more positive than expected outcomes in terms of math test scores, reduced math anxiety, and had higher confidence in their ability to do math. Prior achievement tests and attitude measures taken in the fall were used to predict end-of-year outcomes for all students, and then the sample was split into those whose end-of-year scores were better than predicted, and those whose end of year scores were less positive than expected.

Posted by Greg Nadeau at 7:10 PM No comments:


From my friend Jon Haber's excellent blog Degrees of Freedom

So how is one to balance intellectual humility (which asks you to resist the urge to insist you are right, even when you might be wrong) and intellectual courage (which asks you to stick to your guns, even if your argument receives a setback)?  Fortunately, I ended up pondering this conundrum while reading some essays by Charles Sanders Peirce, the father of Pragmatism.

Pragmatism, the only school of the Western philosophical tradition to have originated in America, will be making an appearance more than once between now and Election Day.  For now, however, I just want to focus on how one of the founding documents of this philosophical movement, Peirce’s The Fixation of Belief, can help us navigate the choppy waters between intellectual humility and courage.  In that essay, Peirce proposes that doubt motivates all of our thinking and that all of us constantly generated beliefs large and small in order to dispel the discomfort of doubt.  Once generated, the author describes four ways those beliefs can become fixed in our minds.

One is an a priori method which simply involves believing (or continuing to believe) things that make you comfortable.  This fits well with the human tendency towards cognitive bias which involves only accepting information that supports current beliefs while ignoring facts that conflict with preferred storylines.

Alternatively, one’s beliefs can be established by authority, such as a priesthood (secular or religious) which establishes what is allowed vs. forbidden to think within a society.  Such authority is often challenged by free spirits, many of whom come to their beliefs through tenacity, which involves settling onto a belief system and boldly holding onto it at all costs (regardless of whether it is right or wrong).

While all three of these methods for fixing belief (a priori, authority and tenacity) have something to recommend them, none of them are of much use if your goal is getting to the truth.  If that is your purpose, Peirce proposes science as a model which treats beliefs as conditional, even as more and more experiments are performed and evidence amassed to asymptotically get us closer and closer to ideas likely to be true.

Posted by Greg Nadeau at 5:04 AM No comments:

Email ThisBlogThis!Share to TwitterShare to FacebookShare to Pinterest
Labels: Philosophy 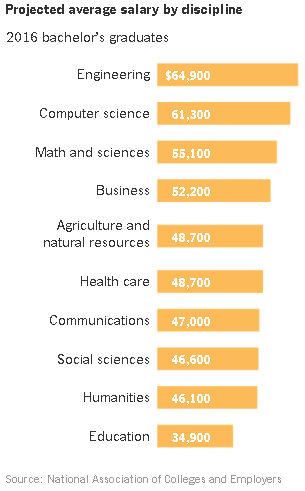 Posted by Greg Nadeau at 5:11 PM No comments:

Email ThisBlogThis!Share to TwitterShare to FacebookShare to Pinterest
Labels: STEM

Amazon Education is working on a new platform that will allow schools to upload, manage, share, and discover open education resources from a home page that in some ways resembles the one shoppers are accustomed to accessing on the massive online retailer’s website.

School administrators learned about the site, to be called Amazon Inspire, during a “Transitioning to OER” session Friday as part of the National Conference on Education of the AASA, the School Superintendents Association, held here.

The new platform is in beta testing now, and is scheduled to be released publicly within the next two to three months, according to Andrew Joseph, vice president of strategic relations for Amazon Education.

Users of the site will be able to add ratings and reviews, and to receive recommendations based on their previous selections. Educators will be able to curate open resources, self-publish material they have developed, and put a school’s entire digital library that is open and freely available online, Joseph said.

The company is looking for more districts to become partners for the testing phase before launch, Joseph told the audience of mostly superintendents at the session, which also featured Andrew Marcinek, who was named the first open-ed resources adviser in the U.S. Department of Education last year, and Devin Vodicka, superintendent of the Vista Unified schools in San Diego County, Calif., whose district is testing the site.

Amazon Inspire will be made available to schools for free. “We’ve made a commitment that we will never charge for this,” Joseph said, noting it will be “a completely free, open platform for free resources.”

Asked by one superintendent about the company’s financial interest in the effort, Joseph said, “Amazon is a big commercial entity and we have to make this sustainable over time. This piece we have committed to making absolutely free forever. We’re not going to lock the content up. We promised we won’t put a pay wall in front of it.”

While Joseph said the company has not decided exactly how it will achieve financial sustainability for Amazon Inspire, he said it could be in connecting users to books they might want to buy to go with a unit on Shakespeare, for instance, or in using Amazon’s capabilities in self-publishing books. “We don’t know exactly what it looks like … but we believe we have all these other paths down the road,” he said.

Vodicka said a lesson one of his educators uploaded in testing requires certain materials like batteries and coils, so he could envision that Amazon’s recommendation technology would someday surface links to whatever needs to be purchased to complete a lesson.

Amazon Education’s research indicated that “teachers spend 12 hours a week on content creation and sharing on their own,” said Joseph, using Google Drive or shared folders within a district. “If you think about those resources, they’re not all that discoverable or sharable.”

Vodicka displayed a slide showing how his district shares the OER it has discovered or that educators have created, which mirrored the description of district-created folders or documents in Google.

The OER that are added to Amazon Inspire will be assigned metadata tags identified through the Learning Registry, a federally sponsored, online information-sharing network.

“All of these groups–Amazon, Microsoft, Edmodo–they’re publishing their platforms on top of the Learning Registry,” explained Marcinek. These tags will contain the information, such as the publisher, location, subject area, and standards alignment of a piece of content, that make it searchable.

Email ThisBlogThis!Share to TwitterShare to FacebookShare to Pinterest
Labels: OER